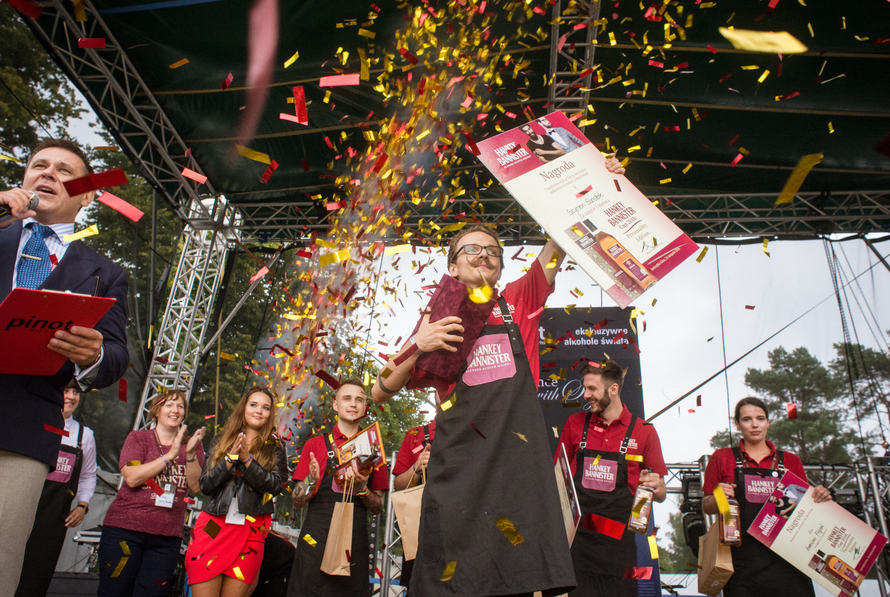 Well, well, well.  Another Hankey Bannister Cup has been and gone, and my what a time was had by all.

The 2018 Hankey Bannister Cup: Personality Edition asked bartenders to explore their personalities and craft a cocktail based on whether they are Very Hankey, Totally Bannister or a little bit of both. With the most entries ever in the history of our highly acclaimed contest, the competition was fierce, and eight finalists battled it out to be crowned our winner at our live final during Whisky Festival in Jastrzebia Góra.

With little adieu, we’d like to introduce our winner, Szymon Szostek and his winning cocktail.

Coming from Łódź, the third-largest city in Poland, recently dubbed as “one of Europe’s coolest cities” it’s the perfect place to kick-off a career in bartending, and after 3 and a half years at Niebostan, bartending is more than just a job, it’s a lifelong passion for our champion.

Did you know? - Poland’s first permanent cinema was founded in Łódź in the late 1900s, talk about a cultural hotspot!

We’re firm believers that our blend should be enjoyed however one wants, whether neat, on ice, with a mixer or in a cocktail and Syzmon seconds that.  He began exploring Hankey Bannister Original, before being introduced to Heritage Blend, it was then that he began to appreciate our Blended Scotch Whisky.

Pour ingredients of the cocktail into a cocktail shaker, shake, and then pour into a chilled glass filled with ice.  Garnished with lime and a sprig of rosemary.

Szymon's favourite Hankey Bannister cocktail to make at home is a Godfather:

Add ingredients to a short glass, add ice and stir gently – perfect as a digestive cocktail.

What a whirlwind it’s been, although we’re sure you’ll hear more from our winner and finalists.  In the meantime, some closing words from Szymon “when you try and reach out, the world offers you so many possibilities. You have to make a little effort to grab them. However, it’s worth it.”

Don’t just take our word for it…